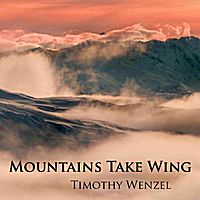 From the recording Mountains Take Wing

The third song on the CD "Mountains Take Wing" is titled "Snow Falling Softly". It touches the magic that's found in the absence of sound and how flakes melt on cheeks, like tears running down. This is one of my older songs and was nominated for the HMMA in 2011 (Hollywood Music in Media Awards).